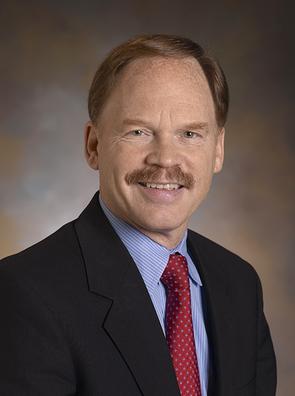 Dr. William Roberts grew up outside of Pittsburgh, Pennsylvania in a musical family of five that included a jazz-playing father who played trumpet, a mother who played violin, a brother who was a concert pianist/church organist, and a sister who played piano, flute, and was a vocalist.

Bill dabbled in piano and later trumpet in high school.  While in his four years at Allegheny College, he joined the Allegheny College Choir which culminated with a European Concert Tour.  During medical school at Duke University, he sang in the Duke Chapel Choir.  After moving to Lancaster, PA for his Family Practice Residency he was fortunate to meet his wife, Barbara.

There was a brief musical intermission while he and his wife did a tour with the Air Force in Minot, North Dakota.  While there, they had three children.  They returned to Lancaster where his fourth child was born in 1985, the year the Auscultation Brass was formed.  Bill was a founding member of the group

Bill and Barb continue to both sing locally with their church choir and the Heritage Chorale, where Bill has been known to accompany the group on his harmonica on occasion!  Their two youngest children, David and Catherine, are also physicians in Lancaster.  Bill works at Abbeyville Family Medicine and is know to occasionally practice his french horn or trumpet.