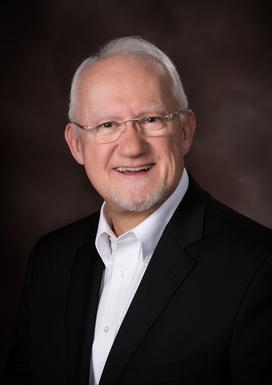 Dr. Rothacker grew up in Minersville, PA, the oldest of three sons. His father played baritone horn with the third brigade band of Pottsville and Jerry followed this musical pursuit starting in the fourth grade. After his sophomore year at Minersville High School the family moved to Glen Burnie, MD. He met his wife, Carla, there.

After attaining a BS from Muhlenberg College, he got his medical degree from Hahnemann Medical College. After a year of Family Practice internship at Lancaster General Hospital he travelled to Rochester, MN, and completed his residency training in Orthopedic Surgery at the Mayo Clinic.

​He again returned to Lancaster with Carla and three sons of his own and began his practice with Orthopedic Associates of Lancaster in 1981. Starting as a generalist, his practice evolved into total joint replacements and shoulder surgery.

Getting together with several other doctors to found the Auscultation Brass in 1985 allowed him to resume his musical career, which has been a source of recreation and camaraderie ever since.  He also plays trombone with the Moonlighters Big Band and joined the Malta band in 2018 playing euphonium.

In addition, medical mission work has given him a chance to see parts of the world he wouldn't have seen otherwise including, Haiti, Iraq and especially Cameroon where he has gone six times to operate and teach.

He retired from active practice in October of 2016, and has enjoyed more free time for trombone and tuba practice, golf, travel and time with his wife, kids and now six grandchildren and one great grand-daughter!